Decision on situating new home of the Laboratory, was reached by the Foundation at the end of 2011. The new, 3-floor building (E) of the Poznań Park of Science and Technology has been constructed in a very short period of 8 months, between March and November 2012.

The photographs below show the building “E” in March, April, June and September 2012. 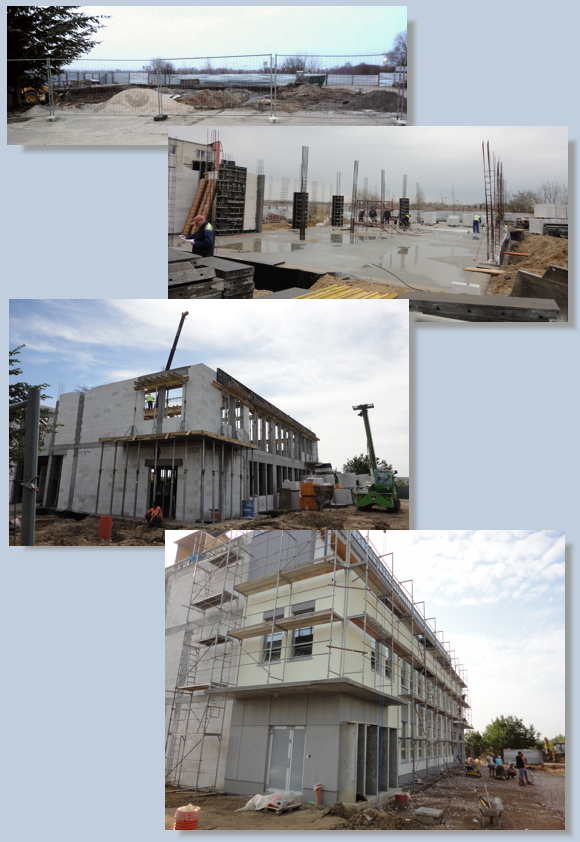