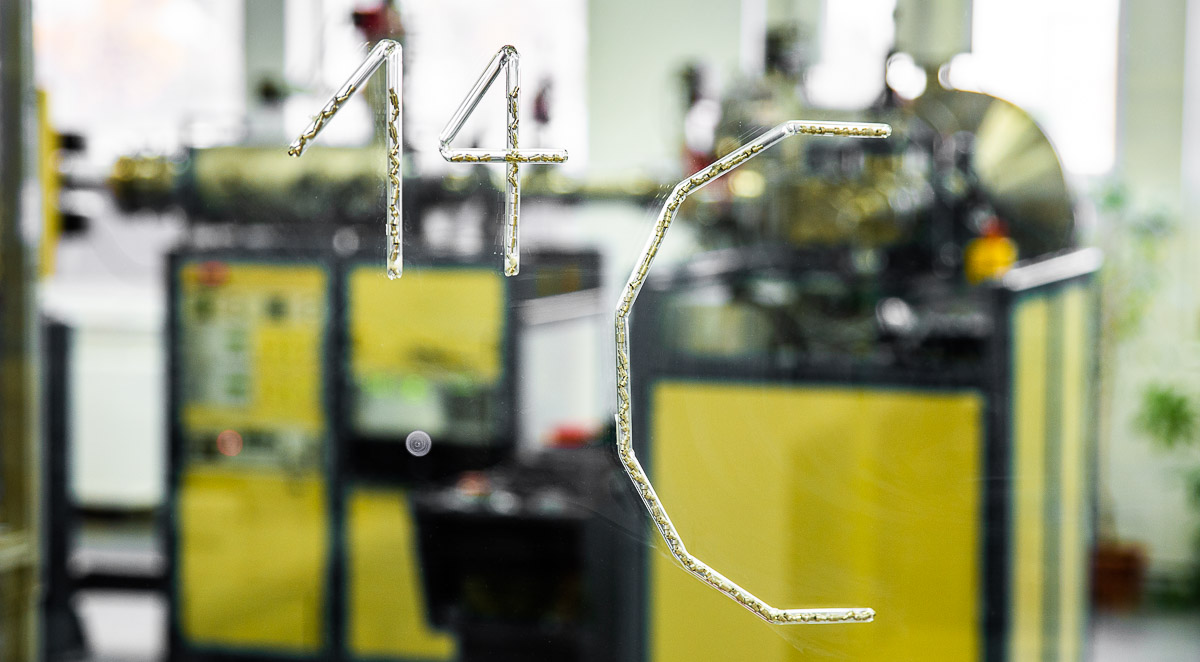 Isotopes are the groups of atoms of the same element and determined mass. Atoms of different isotopes have different masses. Most elements in nature have more than one isotope. Isotopes are denoted by a mass number left to the symbol of chemical element.

Atoms of 14C decay spontaneously. Decaying 14C atom produces one particle of beta radiation, and transforms itself into atom of nitrogen. This property is called radioactivity.

Radiocarbon on the Earth

Though its half-life time is insignificant with respect to the geological time scale, radiocarbon is continuously present on the Earth. This is due to cosmic rays (mainly protons of extremely high energy, coming from the interstellar space), which interact with the atoms of atmosphere, and produce 14C from nitrogen. This is called cosmogenic production. On average, total radiocarbon production rate on the Earth is in equilibrium with the decay rate, and concentration of 14C remains constant.

Once produced, 14C atom enters the carbon cycle. It circulates in the atmosphere mainly in form of carbon dioxide (14CO2). 14CO2 may be then assimilated into organic matter by plants. It may be dissolved and circulate with oceanic water. As the travel from atmosphere to deep oceans requires hundreds years, concentration of 14C in deep ocean is distinctly lower than in the atmosphere.

Isotopic ratio 14C/12C is usually quoted in relation to that in the worldwide accepted standard, called “standard of modern biosphere”. Consequently, concentration of 14C is commonly expressed in “percent of modern standard” (pMC).